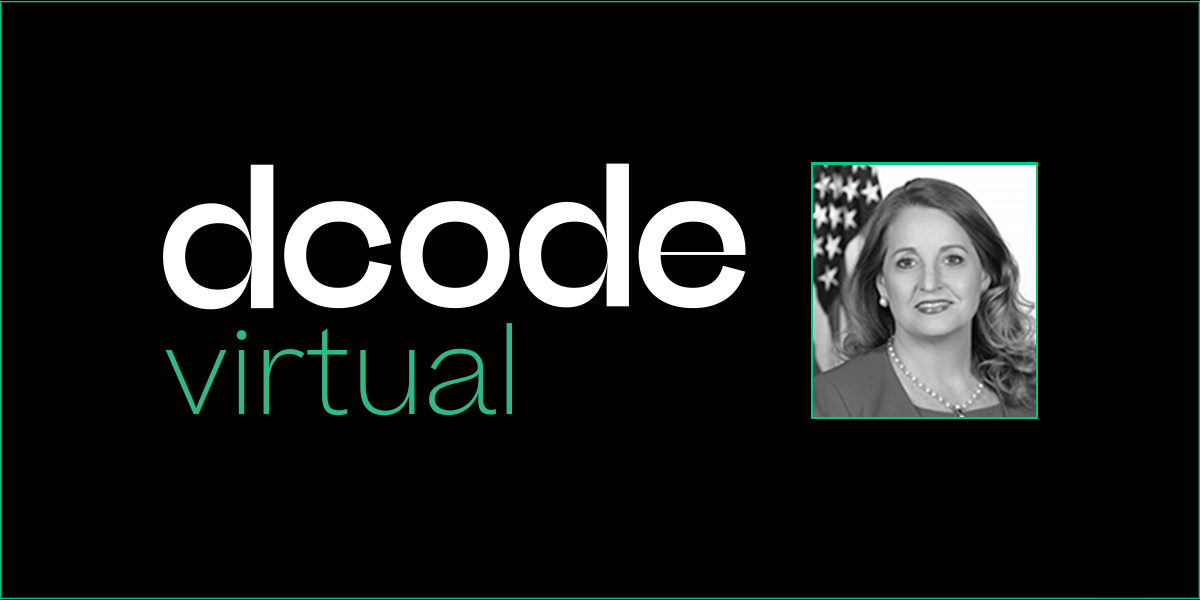 When it comes to innovation in the federal government, Federal CIO Suzette Kent and her team are the “enablers.” At a time like this, with government agencies transforming the ways they operate on a day-to-day basis, “enabling” means getting various departments the tools they need, contracting new technologies, and making sure that, despite major disruption like Covid-19, people still have the resources to move forward.

“It’s been exciting,” Ms. Kent told Dcode CEO Meagan Metzger in a live Dcode Virtual session. Ms. Kent described how impressed she’s been with the speed at which the government has been pivoting and adjusting to the new normal during the pandemic. “There were some solutions that were set up in days, and in government terms, that is incredible,” she said.

Ms. Kent also expressed admiration over how quickly government employees are adapting. “Many of the individuals who might have resisted some of the new technology tools, not only have accepted them now for the duration, but they’re comfortable with them now.” Having to innovate at a moment’s notice, Ms. Kent has relied on emerging tech to keep everything functioning smoothly. When different agencies had to quickly seek out new tools, “many of the things we looked to use were commercially available solutions.”

Ms. Kent hopes that this period will lead to a greater paradigm shift throughout the government. With so many new tech companies entering and scaling in the federal market, she wants to develop a set of “proof points” to transform the federal government into a fully data-driven organization. She believes the government needs tools that allow for easier sharing of data from one agency to inform decisions in another. Ms. Kent believes the only way for the government to thrive as it emerges from the pandemic is by attaining a high level of “interoperability.”

Thanks to Ms. Kent and her team, the Federal Office of Management and Budget did not let disruption slow them down and has been able to move forward amidst the disruption.

To watch the on-demand recording of this virtual session and more visit dcode.co/virtual →