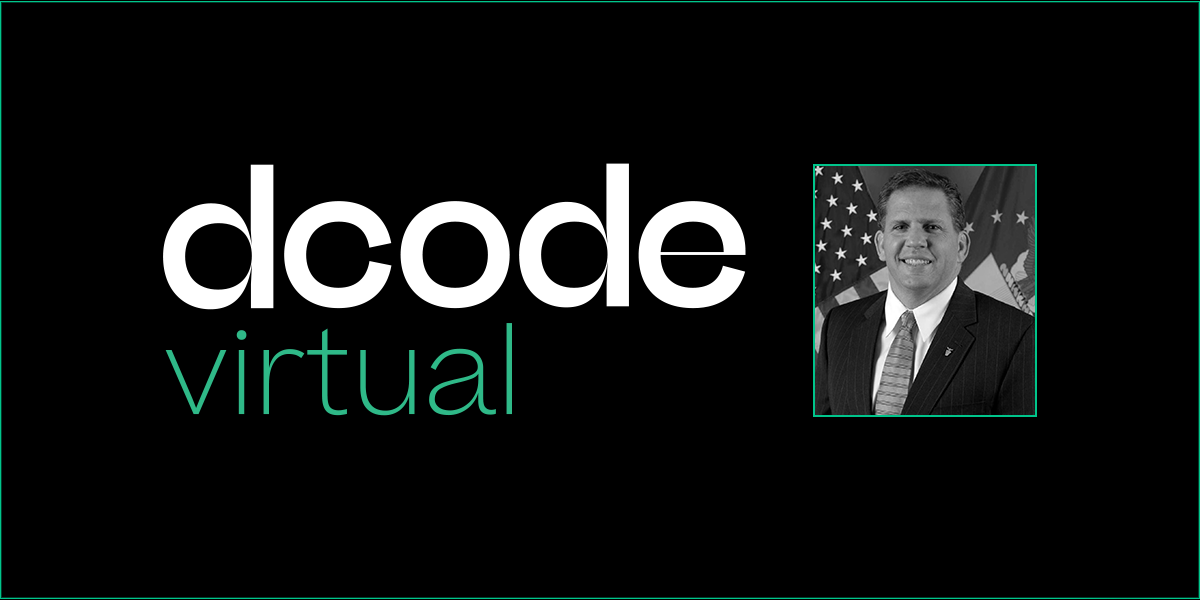 As the coronavirus pandemic forced Americans to shift to telework, motivation and morale outside of the traditional office atmosphere has become a major challenge. Assistant Secretary of the Navy James “Hondo” Geurts joined Dcode Virtual to discuss how he maintains productivity by galvanizing his workforce behind one mission.

Through uniting the workforce, Mr. Geurts proudly reports the Navy has managed to keep 100% of shipyards still open. He attributes much of this accomplishment to the Navy’s unification with the commercial world. With rapid innovation becoming essential, Mr. Geurts and the Navy are making an effort to move from the “overvalued individual discovery” that has traditionally existed in the military to “organizational learning” that occurs through teaming up with industry experts outside of the government.

The most important piece of advice Mr. Geurts gives to those working to move government innovation forward is to “be humble, [know] that you don’t have the best answer.” Oftentimes, he has found that the best answer already exists in the commercial world. Mr. Geurts noted that when the government can “adapt it, partner with somebody, collaborate” with emerging tech companies, “it’s really powerful.” Mr. Geurts has been taking his own advice, and he hopes to move the Navy forward to “reset and reinvent, rather than revert” to the outdated processes and technologies traditionally used throughout the government. If the Navy falls back into its old processes after the pandemic, Mr. Geurts would consider it a “mission failure.”

While it is often difficult to look at the Covid-19 pandemic positively, Mr. Geurts has found a silver lining. He believes that this “disruption allows agility” and “opens up new areas of abundance.” In this unprecedented time, Mr. Geurts knows a unified workforce will help pull the Navy out the other side of this pandemic stronger. Through training programs like Dcode Advance, Dcode has witnessed firsthand the power of building connections across tech and government. By uniting their missions, it’s no longer an ‘us versus them,’ Mr. Guerts urges, “it’s an ‘us and us’ — we all gotta work through this together.”

Watch the on-demand recording of our live Dcode Virtual session with Mr. Geurts, and tune in to the rest of the Dcode Virtual series to learn about the various ways leaders in the government innovation ecosystem are using this time to work together.